Replacing the Asherman in the British Armed Forces. The Bolin Chest Seal uses hydrogel and therefore stays in place, even in difficult conditions.

The BCS is a sterile occlusive chest wound dressing for treating open pneumothorax and preventing tension pneumothorax that result from gunshots, stab wounds, or other penetrating chest trauma. The patented failure-proof triple-valve design of the BCS allows air and blood to escape while preventing the re-entry of either, thereby eliminating any unwanted gas or liquid exchange at the trauma site.

The large (6” diameter), rugged polyurethane disc structure of the BCS can cover practically any size chest trauma site. The temper of the disc prevents any disc wrinkling from occurring during application. In addition, the wound side of the disc is covered with a thick layer of jell-based adhesive, strong enough to not only seal over hair and blood but also flexible enough to be re-moved and reapplied to the trauma site. 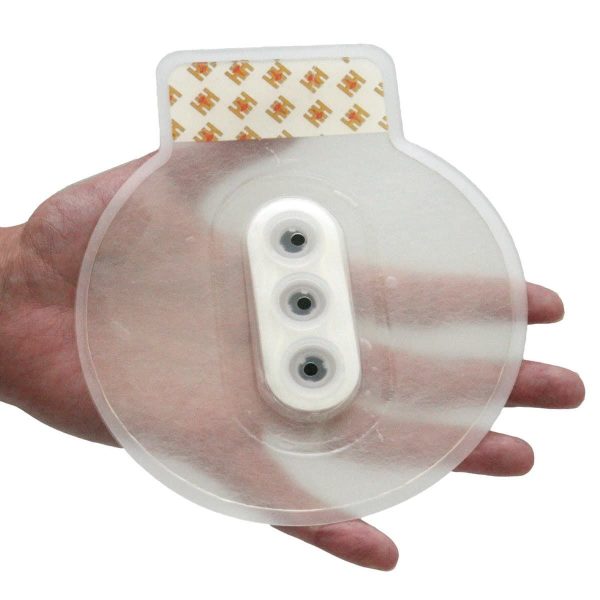 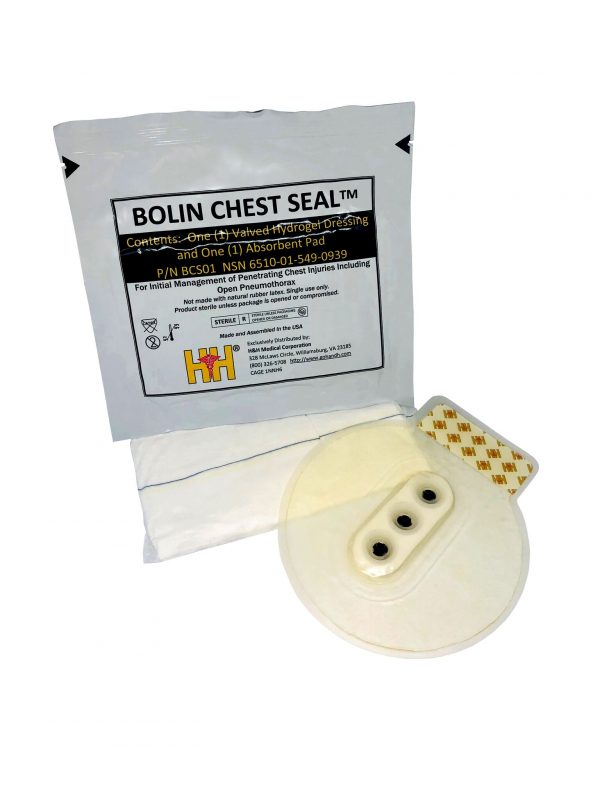